On New Year’s Eve, I kept seeing a giant prayer wheel in my mind. I knew that I had to make that temple trip even if I had to go on my own. And when I spoke of it to a close friend, he said he would take me there.

So we started the first day of 2019 by visiting the Tibetan temple at Beatty Lane. We offered thanksgiving prayers and dedicated butter lamps to loved ones and to all sentient beings.

While I was at it, a much loved community cat that had disappeared in April 2018 came to mind. Despite all attempts to locate her, she was never found. I felt her feeder’s grief when she spoke of her during our Christmas meet up recently. 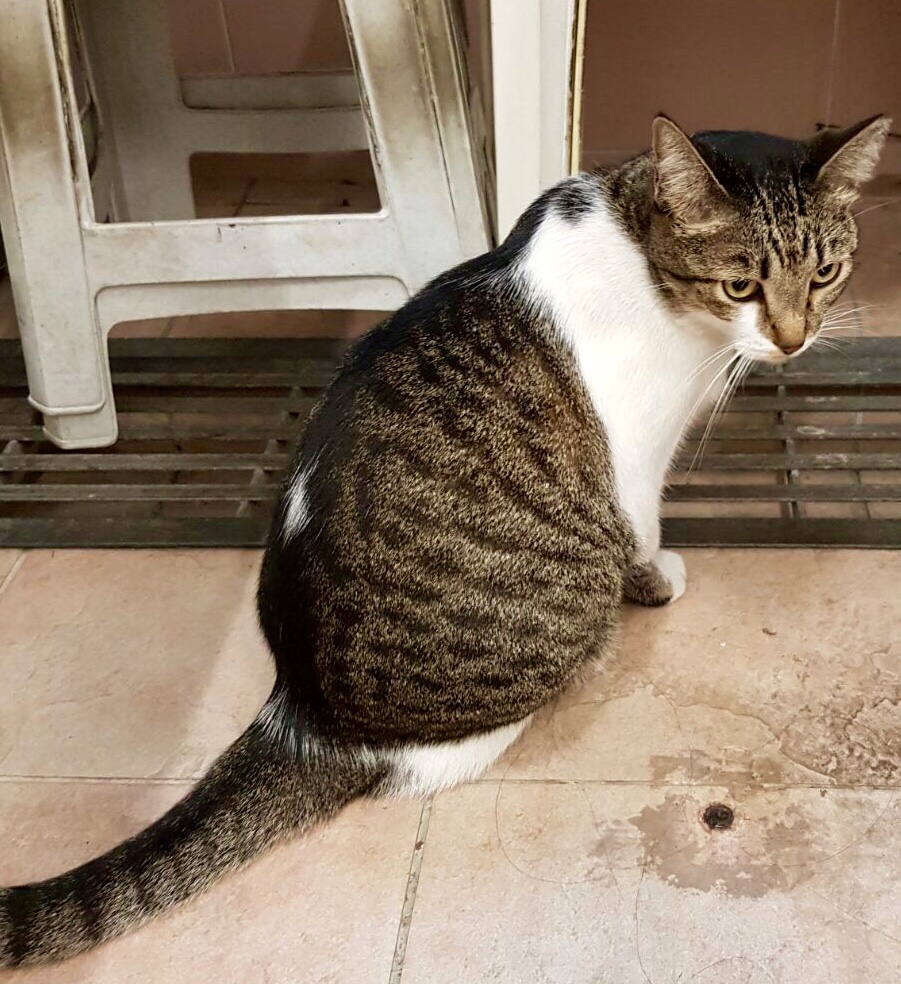 So I thought of making a donation in the cat’s name to alleviate the feeder’s pain and most of all to grant peace to the cat in case something tragic had happened to her.

As I was preparing to write the cat’s name on the donation form at the administrative counter, a question arose. “Will Bailey aka Sasha be able to receive the merits of the donation? She is after all, an animal.”

This doubt gnawed at me as I lingered over the line where the cat’s name was supposed to be written. Then I heard “Sasha!” being said by someone from behind me. It was a mother calling out for her little girl.

Hearing the cat’s name so clearly articulated on this bright new year morning cleared my doubt. I proceeded with the paper work confidently.

The computer system responsible for processing donation details had been lagging for a while. But it sprang to life after the temple volunteer had keyed in my information. I got my e-receipt instantly.

In the late afternoon, a friend dropped by to catch up. He had brought me a gift which he claimed he had casually found online. He hoped I would like it.

When I opened the box, it was an angel holding a cat! ♥️ 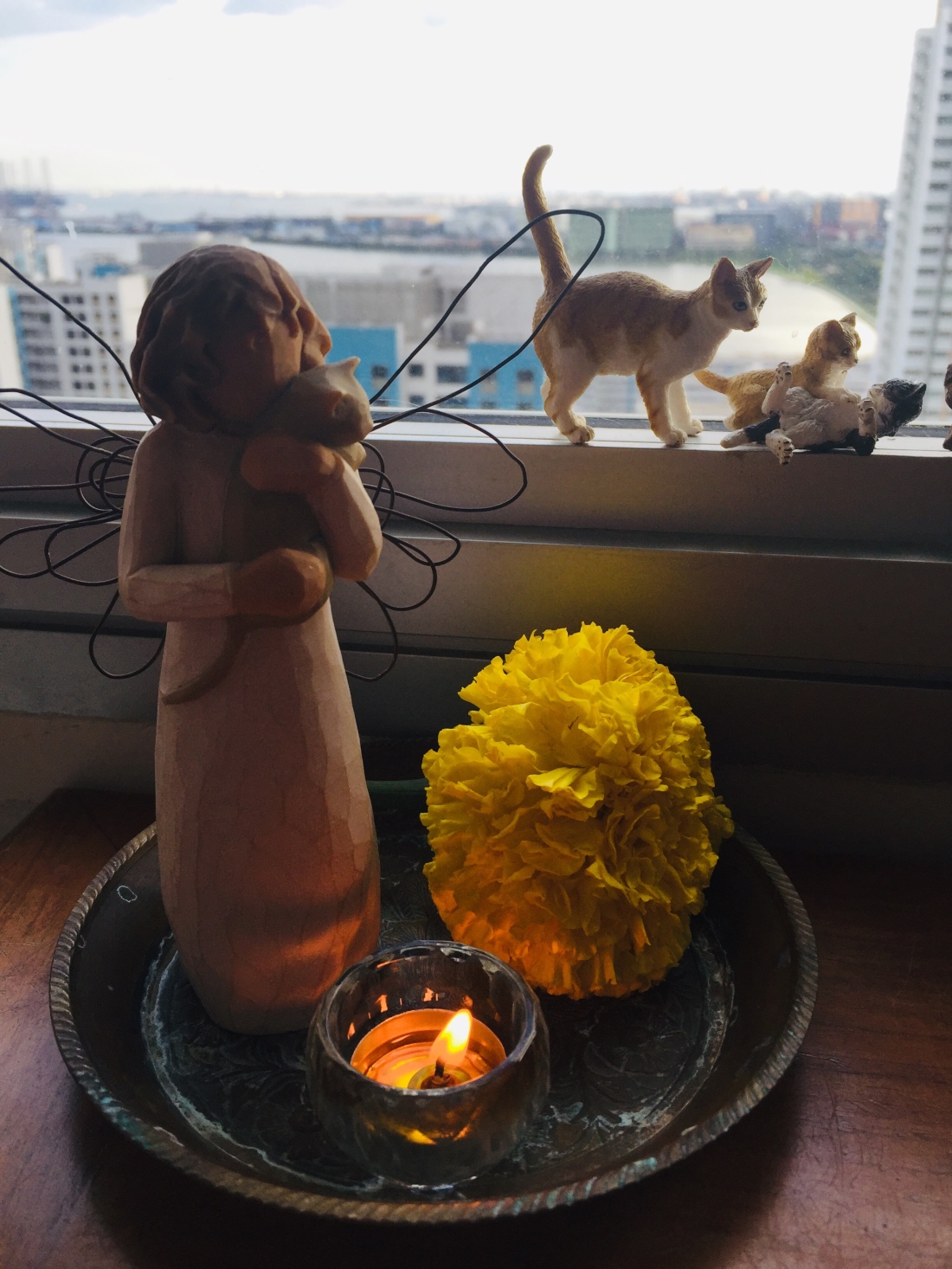 Caption: Welcoming Bailey’s Angel with butter lamp and marigold on the first day of 2019.

I love this first gift of 2019. I called it Bailey’s Angel. It is beautifully made, and it feels like an acknowledgement from the Great Beyond, that whatever I did at the temple this morning has been received.