Today I met my role model.

I first saw her picture on facebook earlier this year while researching on my trip to Kinmen Island, birthplace of my grandma.

“I hope to grow old like her,” was the first thought that hit me when I saw her picture. I then saved her pictures for future inspiration and that was it.

The old lady had offered the use of her house courtyard for a music festival organised by young artists and lovers of Kinmen culture.

This afternoon while heading back to our taxi after visiting the ancient houses of 珠山 （Zhushan Village） I was attracted to conversational voices coming from a house on my right.

An old lady and two men were chatting while seated on low stools at the doorway.

I gasped when I realised I was looking at the old lady from the facebook photos!

I spoke excitedly to our driver, Yuan, as if I had just spotted a unicorn in Kinmen.

“Are you absolutely sure?” Yuan asked, perhaps a bit amused by my giddy excitement.

“Yes! She was featured in a music festival in 2017 organised by Wang Ling & friends. She was surrounded by young people in that picture!” I gushed. Nothing is gonna come between me and my role model now. 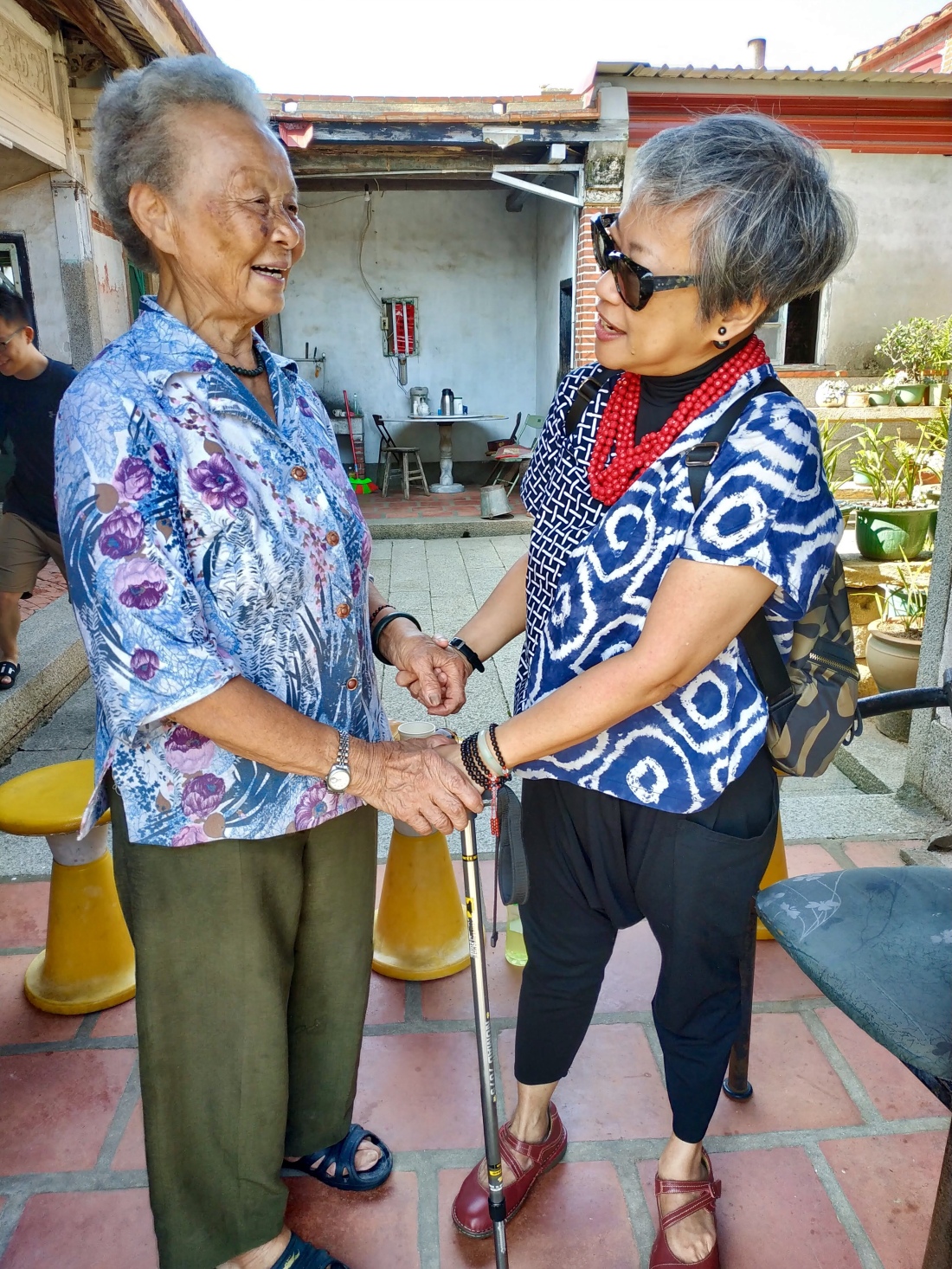 The old lady saw me lingering some distance from her door and waved at me. She would tell me later that she did so because she wanted me to come inside her house to take a break from the afternoon heat outside.

What followed after I entered the doorway to her 400-year-old house was an afternoon of magical exchanges in a mixture of Mandarin, Minan & English.

I told her frankly that I saw her on facebook and I hope to look like her if I ever get the chance to grow old. 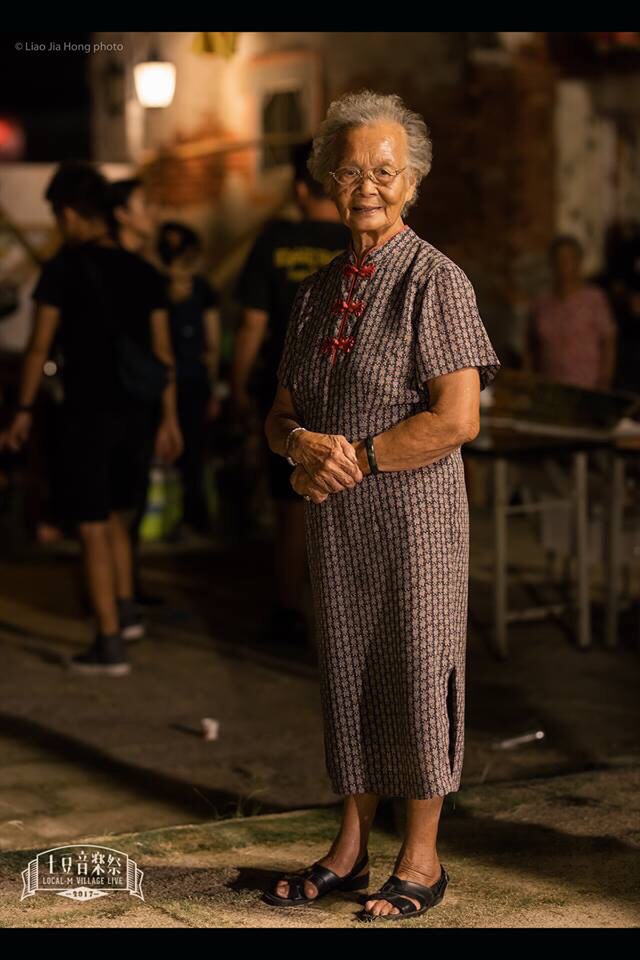 She laughed heartily while holding my hand firmly. 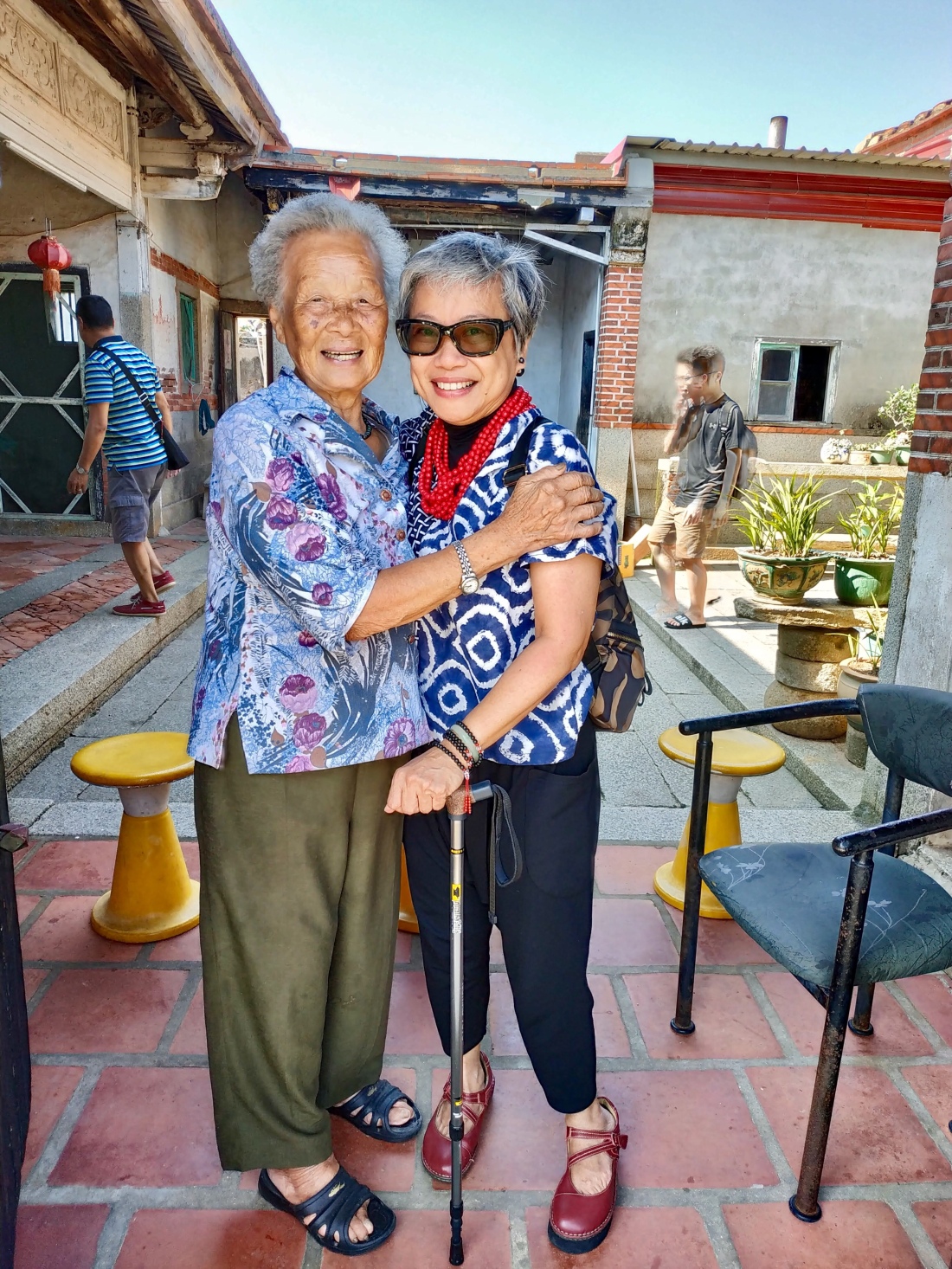 She is 84 years old this year.

Yuan explained to my Role Model that before we came to her village, I had visited my grandmother’s ancestral shrine in 半山 (Pan Shan).

My Role Model smiled at me and said benignly in the minan dialect, “I was born in Pan Shan. My surname is Weng (翁), same as your grandmother’s.”

I couldn’t have asked for a better confirmation of ancestral presence and divine guidance on this trip to Kinmen that I made on my grandma’s behalf.